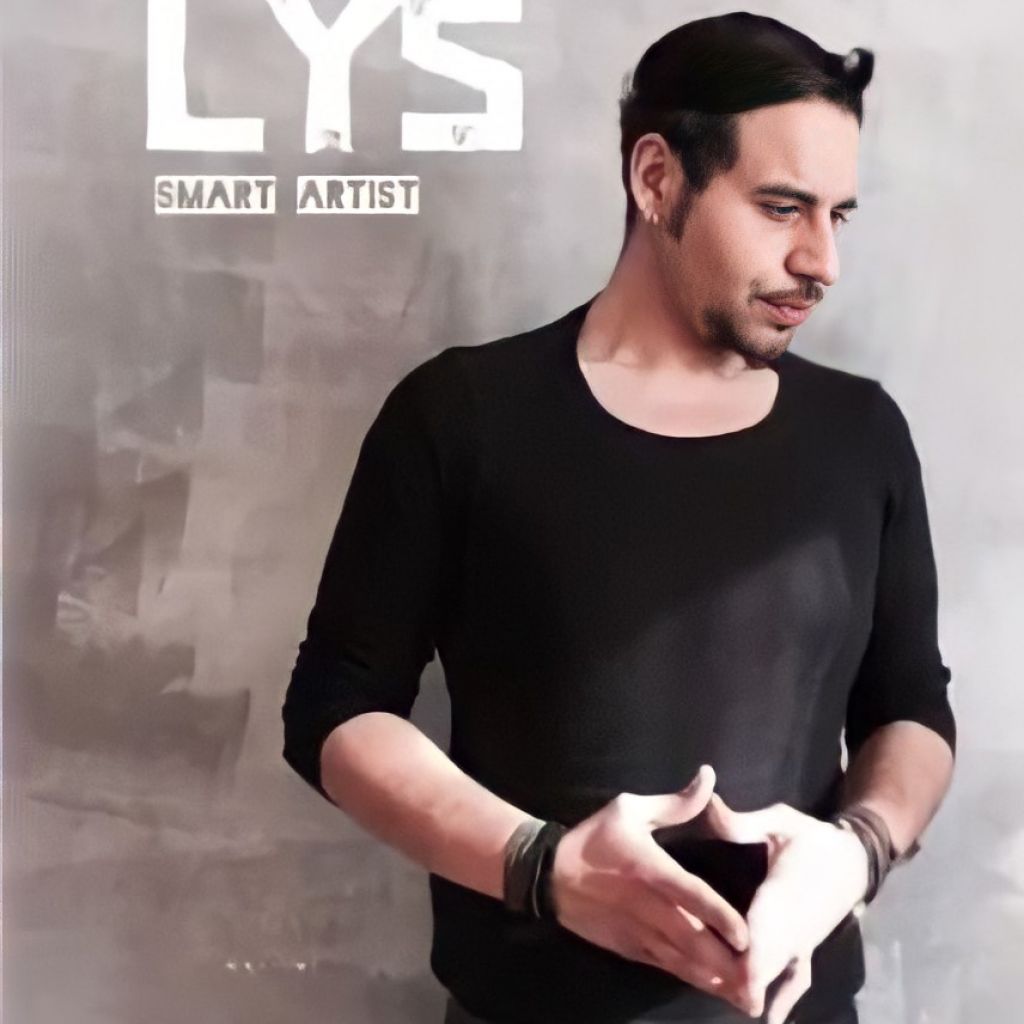 (Naples, 1985)
The Smart Art of Stefano Lupicano, aka LYS, lives on momentary visual suggestions taken from the vast iconographic panorama of fashion photography, the art of Neoclassicism and social media that blend into a dreamy and rarefied atmosphere. In the surreal dimension of his works, the images interpenetrate simply by using photo retouching apps on the smartphone, without the aid of tablets or PCs, so that the original impression formed in the mind is instantly translated into a work of art, without boundaries or space-time constraints.
The sinus forms of Bougereau’s classically beautiful nymphs are covered in floral drapery, the snow-white skin of Ingres’ noblewoman is covered in tribal tattoos and, on the nineteenth- and early twentieth-century costumes of the maidens of Émile Auguste Hublin and William McGregor Paxton, monograms fabrics with the logos of well-known fashion brands appear, which are also found on the Baroque vanitas, reflecting the artist’s scathing satirical vein of contemporary society’s desire to appear; At other times, from the ethereal and harmonious bodies of Stein’s models, depicted in statuesque poses, emerge luxuriant Pre-Raphaelite vegetation and dreamlike evolutions of architecture floating in the void, while the backgrounds come alive with perspectives of trees in half-light, rococo furnishings and brocades, constantly poised between surrealist estrangement and lively explosions of color in a Neo Pop style. A juxtaposition of elements in a fluid amalgam that ends up incorporating homages to Tim walker’s fairy-tale and visionary apparitions, enriched with sumptuous drapes.
LYS’s technique is of such visual impact and formal elegance that it has also interested the fashion industry in proposing it as a digital presentation of models. The artist was invited to present his Smart Digital Fashion at the S.T.ARTS congress, funded by the European Commission for New Technologies in Genoa and at the IUAD. Institute of Universal Art and Design in Naples and Milan. After collaborating as a lighting designer with important international directors and set designers, he has exhibited in New York and Shenzhen, China.